Is North Korea’s Threat to Our Grid Being Ignored? 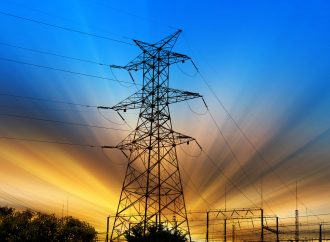 ‘North Korea’s desire to provoke a nuclear conflict with the U.S. should not be minimized or ignored.”

That warning comes form Henry Cooper, former U.S. Ambassador to the Defense & Space Talks during Ronald Reagan’s Presidency. In a June 9th opinion piece in the Wall Street Journal, Cooper points out that it doesn’t take a nuclear bomb directly hitting an American city to do “catastrophic damage” to our unhardened civilian electric grid:

“In 2001, Congress established a commission to study the danger of an electromagnetic pulse (EMP) generated by the detonation of a high altitude nuclear weapon. It concluded that while there would be no blast effects on the ground, critical electricity-dependent infrastructure could be rendered inoperable.”

Cooper quotes William Graham, former Chairman of that 2001 Congressional Commission, who recently wrote the following on the security blog 38 North:

“…even a balloon lofted warhead detonated at 30 kilometers altitude could blackout the Eastern grid that supports most of the population and generates 75% of U.S. electricity. Moreover an EMP attack could be made by a North Korean satellite.”

Cooper closes his op-ed piece with this call for action:

“The U.S. and South Korea should ensure their ballistic-missile defenses are effective and harden their electric power grids against EMP effects as soon as possible. The day of reckoning could come sooner than anyone in either country thinks.”

William Graham, who would likely agree, made this thought-provoking point in his blog post:

“While most analysts are fixated on when in the future North Korea will develop highly reliable inter-continental ballistic missiles, guidance systems and re-entry vehicles capable of striking a U.S. city, the present threat from EMP is largely ignored.”

One is left questioning, why is that?

Check out these and other related stories posted on The Good for You Network:

Listen to Good for You Radio on talkers.com:
The Serious Threat to Our Electric Grid: What Every American Should Know