Pick Up the Pace: Walking More Quickly May Improve Your Health 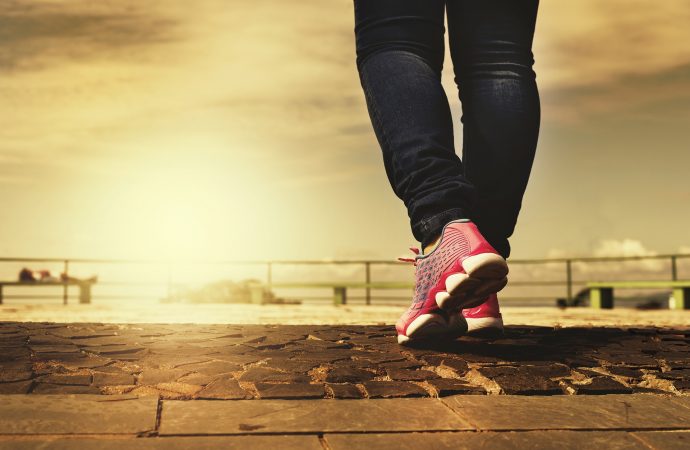 Image by Daniel Reche from Pixabay

“A most remarkable finding was that we could predict how fast they walked at midlife by a childhood assessment of their neurocognitive functions at age 3. There was a difference of 12 IQ points on average between children who grew up to be the slowest (mean gait speed 1.21 meters per second) and fastest (mean gait speed 1.75 meters per second) walkers 4 decades later. Gait speed is not only an indicator of aging, but also an indicator of lifelong brain health.”

Michael J. Ormsbee, associate director of the Institute of Sports Sciences & Medicine at Florida State University, had this reaction to the study:

“It’s not a huge surprise that your lifelong habits influence your lifelong physical function. The bottom line to me is one, be active; two, start early; and three, never stop. Let’s work on using exercise as medicine and applying this to the early years, rather than later in life.”