IRS Data Breach: Are You Affected? 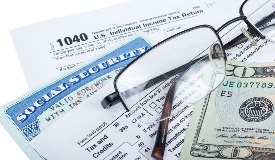 Have you ever needed a copy of your tax return to apply for a college loan or a mortgage? Did you use the IRS website's "Get Transcript" application to obtain past returns– assuming the authorization process meant only you could access your account?

Be advised that cyber criminals, who have previously stolen your personal data–social security number, date of birth, address, tax filing status–may have used that information to get a copy of your tax return and then file a fraudulent one in your name

The IRS just announced that from February to mid-May, thieves were able to successfully access 100,000 past tax returns through a breach in the “Get Transcript” application. Fraudulent returns were then filed using information from the breach. An estimated 50 million dollars of refunds were issued before the agency says it discovered the problem.

In a statement, the IRS said: “These third parties gained sufficient information from an outside source before trying to access the IRS site, which allowed them to clear a multi-step authentication process, including several personal verification questions that typically are only known by the taxpayer.”

The IRS says that it has temporarily shut down the “Get Transcript” application until it can strengthen its defenses against cyber attacks. This is only part of a growing identity theft problem for the IRS. The agency’s Inspector General, J. Russell George, just testified before a Senate Finance Committee hearing that in 2013 alone, the IRS sent out more than 5 billion dollars in fraudulent refunds.

In the meantime, if you think your account may have been compromised by the “Get Transcript” breach, you can contact the IRS or wait until you receive an official letter from them. The IRS will be providing free credit monitoring to those taxpayers whose accounts were affected.

What else can you do to protect yourself from ID theft? Experts advise that It’s a good idea to set up fraud alerts with the credit card bureaus, which you can do free of charge, or put a credit freeze on your account for added security. Be sure to regularly check your credit reports and verify all aspects of your account.

Also let your credit card companies know what has happened. Troy Lewis, Chairman of the American Institute of CPA’s Tax Committee, points out: “If a thief had enough information about you to file a false tax return, he could also have opened new credit card accounts or taken out a loan in your name.”