The Missing Subject at the Presidential Primary Debates that is Vital for Americans to Know. 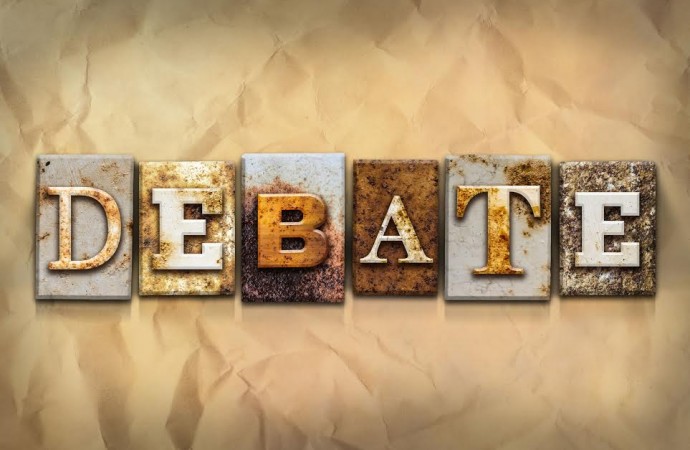 Why is it that the vulnerability of our civilian electric grid is not even considered important enough to be discussed in a 2 or 3 hour debate? Consider some of the subjects that did got plenty of air time at the 1st two GOP debates on Fox News & CNN, from the de-funding of Planned Parenthood to anything that Trump may have said about anything or anyone at any time.

At the Democratic debate on CNN, we certainly heard loud and clear about income inequality and climate change, along with the need for cleaner energy like wind and solar power. At the next GOP debate on CNBC, the moderators managed to make time for fantasy football of all things. That was followed by the 4th Republican debate on Fox Business News and the 2nd Democratic debate on CBS in which once again the safety of our grid didn’t merit even one question. (Note that former ABC Nightline anchor, Ted Koppel, had recently appeared on CBS Sunday Morning & the CBS Morning News and a host of other shows promoting his new book “Lights Out” about how a cyber attack can take down our grid.)

This past July, a Senate hearing on the electric grid got little media attention. Sen. Ron Johnson, Chairman of the Homeland Security and Governmental Affairs Committee, began by saying:“The purpose of this hearing is basically to pull our heads out of the sand. This is a threat that is real, and we need to acknowledge.”

In addition to cyber attacks and physical assaults, there is something called electromagnetic pulse (EMP) which could pose the most serious threat to our grid. EMP can be generated by a major solar storm. It is not science fiction. A big solar storm in 1859 hit Planet Earth. But as experts have pointed out, that was back in the days of the horse & buggy and the telegraph. Today the electromagnetic pulse produced by a major solar storm could take down our unprotected civilian grid. There was another solar storm in 1921. And in 2012, we had a near miss, when a solar storm hit Earth’s orbit. As Daniel Baker of the University of Colorado wrote in NASA Science in 2014: “I have come away from our studies more convinced than ever that Earth and its inhabitants were incredibly fortunate that the eruption happened when it did. If the eruption had occurred one week earlier, Earth would have been in the line of fire.”

Our grid could also be threatened by a rogue regime like Iran or North Korea. All they would have to do is place a nuclear device on a missile that explodes high above our atmosphere. The electromagnetic pulse generated could have the power to destroy our vulnerable grid. Experts like Peter Pry, Executive Director of the EMP Task Force on National and Homeland Security, tell me that we might not even be able to prove right away who launched the missile; therefore how can we respond. And people won’t die immediately, unless you happen to be in an airplane at the time of the explosion. It will take a period of months without an operational electric grid, satellites and communication before a large number of people begin to die from a lack of food, water, resources.

James Woolsey, former CIA Director under President Bill Clinton, testified at that July Senate hearing about the dire consequences of an high altitude EMP attack: “One estimate is that within a year or so two-thirds of the U.S. population would die.”

While we can’t prevent a solar storm or guarantee that a rogue nation or terrorist group won’t carry out a high altitude EMP attack, we can do something now to prevent our civilian grid from being destroyed. It doesn’t even cost a fortune to put a down payment on securing the grid. When I interviewed Peter Pry, he said 2 billion dollars. That’s just a drop in the bucket for the federal budget when you consider the untold billions that go to fraud, waste and mismanagement in a single year.

With a bi-partisan vote, the House of Representatives has passed the Critical Infrastructure Protection Act (CIPA) to deal with our electric grid. We’ll see what happens in the Senate. But we, the people, need to ask our elected representatives and the President this: Why after two Congressional Commissions years ago heard numerous experts make the case for protecting the grid, are their recommendations from 2008 still waiting to be adopted?

Back in 2011, Democratic Congresswoman, Yvette Clark of N.Y. and Trent Franks, Republican of Ohio, co-wrote “Protecting Our Electric Grid” for politico.com in which they said that “we must act now and decisively. We cannot wait for the clock to run out on such grave threats when they are now predicted by all relevant U.S. agencies.” They went on to say that “with scientists and engineers now advising that the cost and complexity to bring this problem under control is modest, our course is clear. We cannot, and must not leave our nation vulnerable. We must secure our electric infrastructure now.” Those words from 2011 have yet to be heeded.

There has been no executive action by the President to address this pressing problem. Climate change may be a threat, but if it is so pressing, why did we do a deal with the Chinese that allows them in 2030 to voluntarily begin to reduce some of their carbon emissions?

We don’t have until 2030 to cross our fingers and hope there won’t be another big solar storm. If they happen approximately every 100 years, experts say we are due. And do we want to bet the health and well-being of every one of us that a country like Iran, whose leaders shout “Death to America”, won’t take advantage of our vulnerable civilian electric grid. The Iran nuclear deal will put 100 to 150 billion dollars in their pockets. It even gives them the right in the future to purchase conventional weapons like inter-continental ballistic missiles. But even a nuclear device on a scud missile that is shot off of a freighter in international waters could be targeted to explode high above our atmosphere, as both James Woolsey and Peter Pry have pointed out. Following the terrorist attacks on Paris, Pry just wrote that “we are running out of time to protect the grid that sustains the modern world–and our lives.”

Some states like Maine and Virginia are not waiting for the federal government to act. They are taking steps now to secure their grids. So what can you do? Sign the petition that The Good for You Network has created on www.change.org and send it to your Senators and Congressmen, to the President, and the Governor of your state and your state legislators. We’re asking radio and TV stations across the country to devote some air-time to programming on protecting the grid and getting their audience members to sign the petition.

Will this pressing problem, that many Americans are not fully aware of, finally be brought up at this week’s Republican debate on CNN or the Democratic debate on ABC?

We had a wake-up call in the U.S.on 9/11 that we cannot ever forget. I listened to a sermon the following Sunday that was titled “Making Sense of the Senseless” in which we were told that we cannot allow the people who perished to have died in vain–that we must commit ourselves to doing good in their name. So let us make a commitment here and now to do what we can to prevent the take down of our electric grid and preserve the quality of life that has made America a beacon of light and hope to a world dearly in need of it. May America’s light always shine bright!