Do Debates Really Tell Us Who is Best Prepared to be Commander-in-Chief? 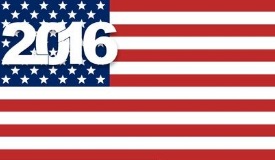 Listen to the audio version of this post here: The presidency is too important a position.  Getting to know who among the many candidates running will actually be the most effective world leader–keeping this country safe from terrorist attacks at home and abroad, supporting our allies and deterring those who are enemies of peace, dealing with

Listen to the audio version of this post here:

The presidency is too important a position.  Getting to know who among the many candidates running will actually be the most effective world leader–keeping this country safe from terrorist attacks at home and abroad, supporting our allies and deterring those who are enemies of peace, dealing with the myriad of serious domestic issues that have continued for way too long in ways that provide effective solutions to troubling problem–is vital.

The stakes are too high, the times are too challenging to entrust this job to the person with the best sound bites, the most memorable lines or zingers.  People can and have said anything in debates and speeches on their way to the presidency, which they may or may not later deliver. We are not hiring an Orator-in-Chief–although being able to inspire and motivate the best in us is certainly part of the expected job.  But who can best step in on Day 1 as Commander-in-Chief, and how can we as an electorate know the answer?

People lead busy lives.  They may not spend a lot of time following the domestic and international issues of the day or be students of history. As it is said, we either learn from the past or are destined to repeat mistakes. And they may not be reading about the record and experience of the numerous candidates running for  President of the United States on the Democratic or Republican ticket.  So the debates may be their first impression of whoever ultimately wins the presidency.

And so with that in mind, the Republican prime time debate on Fox News Network got the highest rating outside of sports programming in cable history. That’s Good for Fox.  But with all due respect to the 3 talented anchors, did the debate give the American public  a “fair and balanced” way to evaluate the candidates on the stage?

From the initial “come on out here guys” which is the way they were introduced to the audience in the 8:50-9pm “pre-game” show to the first couple of provocative  questions aimed at Donald Trump, was the ball spiked to insure the highest ratings, even if it meant not giving each person an equal amount of time to demonstrate their knowledge of the problems facing this country and the solutions they propose?  And even if you like a particular candidate, did you walk away knowing if they have a path to electability and the ability to work with both sides of Congress to get the job done well? Granted the time is limited, especially when interrupted for commercial breaks.(Would it be possible to get sponsors to agree to being acknowledged periodically — this debate is brought to you by…versus interrupting periodically for a 2-3 minute time-out.)

Media training is the art of segueing to the points you want to make, no matter what question you are asked.  Keeping that in mind, what if Donald Trump, had responded to the 2nd question of the debate directed at him (as was the 1st, when all the candidates were asked to raise their hands if they would not pledge to support the eventual nominee and run as a 3rd party candidate) about the negative things he has said about different women with:  “Considering the serious challenges this country faces at home and abroad — from Iran as the largest exporter of terrorism to ISIS growing stronger and savagely killing thousands of innocent people in their path, to Americans at home who want to know that they have a path to prosperity with quality education and jobs…, I can’t believe you are beginning this serious debate that is supposed to determine who is best ready to be the next president of the United States of America, by asking this kind of question.  What if the Democratic presidential debates of ’92 and ’96  had begun with questions to Bill Clinton about so called ‘bimbo eruptions’…”

The truth is the time was limited, but the 5PM debate with the other 7 candidates, managed to give each one a fair shot at answering the different questions, whether it was about foreign or domestic policy. While Carly Fiorina distinguished herself with her ability to do the most with the short amount of time given for each answer, with straight to the point, crisp note-worthy answers, no one was left out of a particular area of discussion.

While Gov.John Kasich of Ohio probably has the most experience dealing with foreign policy, considering his 18 years in Congress including serving on the House Armed Services Committee, he wasn’t even asked one question about terrorism and national security during the 2 hour 9PM debate. How can you compare records and experience and ideas of each of the candidates and decide who would make the best Commander-in-Chief, when each one does not get an opportunity to answer a question on foreign policy?  So maybe at the end, when the candidates were all finally asked the same  question about God, Kasich could have used that time to get in something about foreign policy by beginning his answer with something like: “God help protect us from countries that could do us harm–whether it’s the real possibility of a country like Iran one day sending an intercontinental ballistic missile armed with a nuclear device that could hit an American city or explode over our atmosphere taking down our electric grid potentially for a long period of time with dire consequences, as former CIA Director James Woolsey just warned during Senate hearings…”

Then maybe people would walk away talking about what we can do to prevent that scenario and remember who said it.

Certainly candidates deserve to be asked challenging questions with rigorous follow-ups that reflect the facts cited or the questions not fully answered, and for other candidates to get in there with why they believe their solutions are better. But with so many candidates on the stage, can the limited time of the debates do all that?  How about the networks also making time on the air to give each candidate an hour or so of air-time to be fully questioned by anchors, along with political experts and social media questions, so the public gets more insight into who these people are and whether you believe they have what it takes to fill the most powerful job in the world.  Maybe there are companies out there that would also be willing to step up to the plate and sponsor worthwhile programming like that. And that would truly be a win for America.