As Workouts Intensify, a Harmful Side Effect Grows More Common 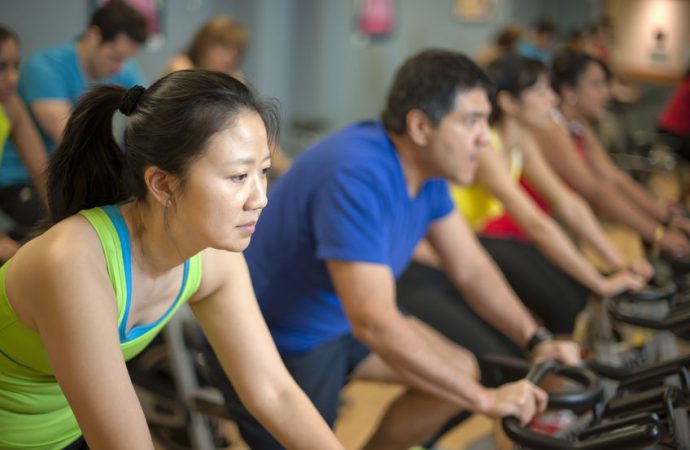 "I would never discourage exercise, ever. Spin class is great exercise. But it's not an activity where you start off at full speed. And it's important for the public to realize this and for trainers to realize this."

Nancy Weindruck found that out the hard way following a spin class, where she said the instructor encouraged those attending to “push past their limits.”

Even though Nancy, a Washington D.C. communicators executive, was used to exercising on a regular basis, this is how she described the spin class:

“It went from zero to 60 very quickly, Within minutes I knew I was in over my head. But I swallowed my pride and kept going.”

But she could not ignore the incredible pain that developed in her legs and led to her being hospitalized three days later. The diagnosis was something most of us are unfamiliar with, but it can potentially kill you. Rhabdomyolysis or “rhabdo” for short is a rare, life-threatening disease. It can occur when the muscles become seriously fatigued following extreme exercise. Proteins like myoglobin are released into the bloodstream from the damaged muscles and can harm the kidneys–even lead to kidney failure.

Dr. Todd Cutler, an internist at New York Presbyterian Hospital and the lead author of a study on the subject, made this point about those who end up in the emergency room:

“These are people who are not unfit. They are being pushed too hard and they are not trained to do this, and so they get really bad muscle trauma.”

Joe Cannon, an exercise physiologist, wrote the book, “Rhabdo: The Scary Side Effect of Exercise You Never Heard Of.” He was quoted in the New York Times as saying:

“One thing that I’ve noticed when people tell me that they’ve gotten rhabdo in the gym is that they gave up their personal power. They kept doing what the instructor told them to do, because they did not want to look weak.”

That lesson was not lost on Nancy Weindruck, who after a six day hospital stay recovered, and was able to return to exercising:

“I never thought that exercise could be dangerous. But it can be when your body is not prepared for really intense levels.”