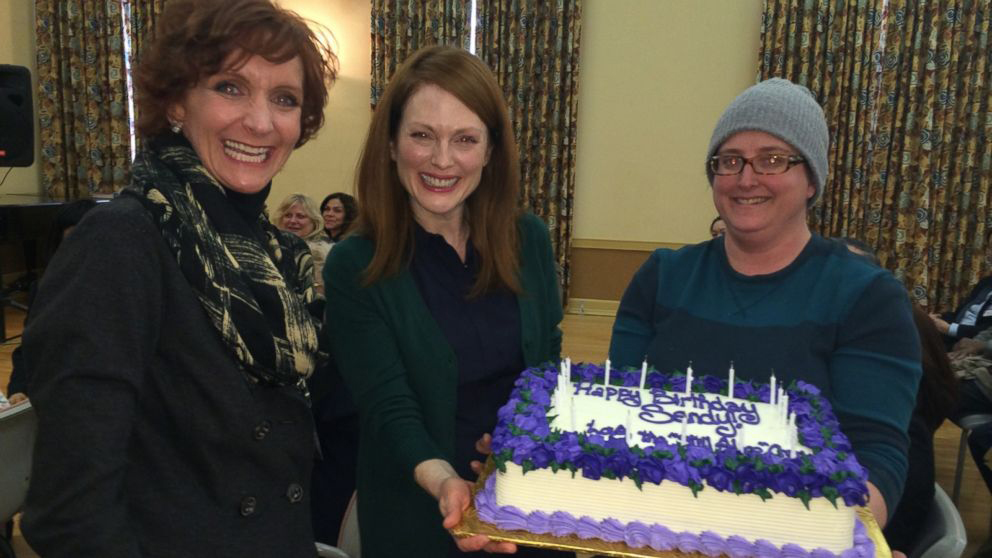 In the movie “Still Alice", Golden Globe best actress winner Julianne Moore plays a woman battling early onset Alzheimer’s. Her character, Alice Howland, says: “Please do not think I am suffering. I am not suffering. I am struggling, struggling to be a part of things, to stay connected to who I once was.”

That’s something that Sandy Oltz lives with every day. The former nurse was only 47 when she was first diagnosed with the disease that had already affected other members of her family.

She ended up helping Julianne Moore prepare for the role that has also earned the actress an Oscar nomination. Oltz says: “[Moore] would just ask questions like, ‘What does it feel like to have Alzheimer’s.’ I would say, ‘Well, it’s like all these words [are here] and you can’t find the right one.’”

Oltz hope is that the movie will help people to see beyond the stereotypes of what it means to have Alzheimer’s: “There’s a stigma that they’re grandmas and grandpas, and their life has been lived and they’re done. I pray [the film] breaks the stigma.”