Scaring young drivers into putting down their cell phones 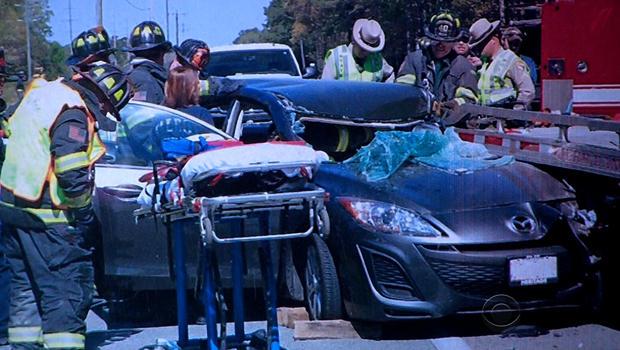 Texting while driving could cost you your life. Just ask 19-year-old Liz Marks who knows first-hand about the dire consequences of distracted driving. Marks admitted that she was texting behind the wheel when she crashed into a stopped tow truck back in 2012. Luckily she survived, but was left with a collapsed lung, fractured skull and traumatic brain injury.

Imagine how her mother, Betty, felt after finding out that she was the one who sent the last text to her daughter before the crash: “And it was me. That was the last text that was open. She was reading my text. I almost lost my little girl over a stupid text.”

Now, a national campaign is being launched to get the message across that distracted driving can be deadly. In 2012 alone, the National Highway Traffic Safety Administration reported over 3,300 people died and around 420,000 more were injured in accidents in which distracted driving was a factor. It’s already against the law to text behind the wheel in 43 states, but the Department of Transportation hopes the $9 million campaign will help people realize that safe driving is far more important than a timely text message response.