Obama administration knew millions could not keep their health insurance 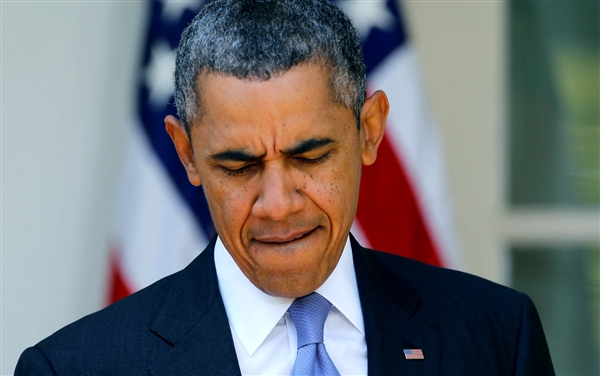 In 2009, President Obama told Americans, “If you like your health plan, you will be able to keep your health plan.” But that isn’t necessarily the case, according to an NBC News investigation, which reports that sources close to the Affordable Care Act estimate that 50-75% of people with individual insurance plans will be dropped because their plans don’t meet the new requirements.

Those who were told their policies would be “grandfathered in” are also at risk of losing their current coverage. As Robert Laszewski, a consultant at Health Policy and Strategy Associates, explains, “This says that when they made the promise, they knew half the people in this market outright couldn’t keep what they had and then they wrote the rules so that others couldn’t make it either.”

62-year-old George Schwab liked his health insurance plan that also covered his wife, but he was one of the people to receive a letter saying that his plan wasn’t available anymore. The suggested plan that his provider offered was almost $1,000 more than his previous plan, and the exchange option available to him included a 415% increase. Others are worried that the increased premiums will cut into the money they have saved for retirement, causing them to spend more than they budgeted for. The 14 million other consumers who have been dropped from their plans are not only facing price increases on premiums; they may also be forced to pay more out-of-pocket costs, and their doctors are not necessarily covered through their new plans.