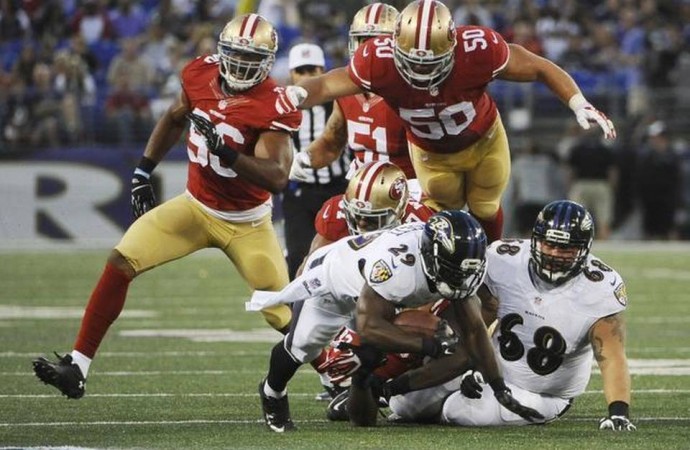 San Francisco 49ers linebacker Chris Borland surprised and even shocked many in the sports world with his announcement that he was giving up football. He made a gutsy personal decision that he feels is best for his health---even though it means walking away from potentially millions of dollars in future contracts.

The NFL player, who’s only 24-years-old, says he became increasingly concerned about the effect repeated blows to the head could have on his brain in the long run: “From what I’ve researched and what I’ve experienced, I don’t think it’s worth the risk. I feel largely the same, as sharp as I’ve ever been. For me, it’s wanting to be proactive. I’m concerned that if you wait till you have symptoms, it’s too late.”

Borland admits he will miss football and “the euphoric high playing it at the professional level.” His leaving the 49ers has certainly generated a lot of conversation. ESPN writer Dan Shanoff shares Borland’s health concerns about tackle football. In a recent commentary, he says that’s why his own children play flag football instead.

Shanoff went on to offer this advice on how to talk to your kids about Borland’s decision: “Discuss the process Borland went through to make his decision. He approached it the way you would want your kid to approach any choice: What are the options? What are the pluses and minuses of each? What do experts say? What does his heart say? Regardless of his decision, his process was an equally teachable moment.”