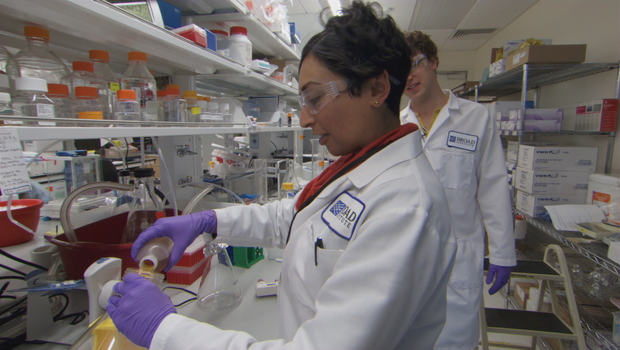 Sonia Vallabj and Eric Minikel fell in love and married expecting to live happily ever after. But 5 years ago, she was diagnosed with genetic prion disease, which leads to a decline in memory that only worsens over time. As CBS News correspondent Steve Hartman reports, this husband and wife decided they couldn't afford to sit back and wait for others to come up with a cure; they had to be part of the process.

Even though they weren’t scientists at the time–she had graduated from law school and his career was in transportation technology–they were determined to do whatever it takes to become medical researchers. It meant leaving their jobs, going back to school–and not just any program would do. They were accepted for PhD’s at Harvard, and that led to their current work at the Broad Institute in Cambridge, Massachusetts.

The director of the Broad, Eric Lander, describes the couple as “full, card-carrying scientists. They really came in with a total plan of all the options, because failure is not one of the options.”

Can they help cure a disease that claims the lives of over 7,000 people each year? Sonia told Hartman: “We really think this is doable.”