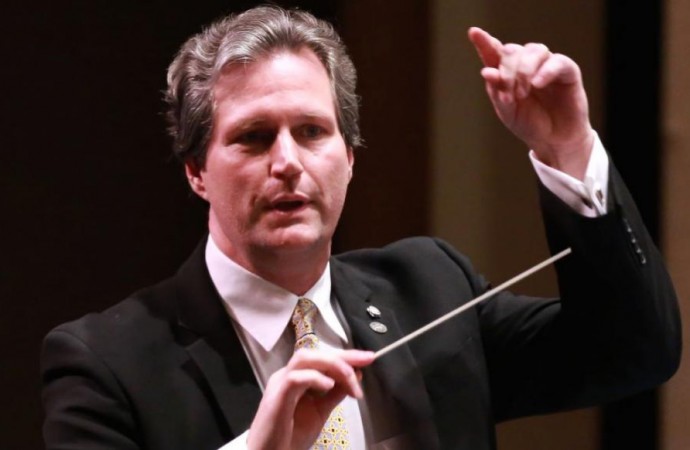 There is a special Grammy Award that is announced in advance. It goes to the music educator of the year. And the 2016 winner is Phillip Riggs from the North Carolina School of Science and Mathematics. He beat out over 4,500 other nominees for his "significant and lasting contribution to the field of music education.

Sara Stafford is the former student of Riggs, who nominated him for this prestigious honor. She told CBS news correspondent Mark Strassman that Riggs is “not just a special teacher, but a special person.” Stafford went on to become a middle school band director and sees Riggs as “an inspirer. And by that I mean he’s not just an inspiration–he taught us to be inspirations. As a mother, as a wife, as a teacher, as a friend, it’s always, always about something bigger than myself. And I never would have learned that without him.”

Graham Mulvaney, another former student of Riggs, described the impact Riggs had on his life this way: “He really showed me what music can be, (that it) can be more than playing notes on a page. But it can be an entire experience of shaping someone’s life, of really bringing joy to people and it–I had no idea what that was before Mr. Rigg’s.”

It doesn’t sound like Mulvaney will ever forget his teacher or how to play the saxophone, but he has taken up a new specialty–neurosurgery. He will soon be graduating from the University of North Carolina Medical School.

It may not be surprising to learn that for Riggs teaching is “not mainly about the music. It’s about integrity, it’s about character. It’s about enhancing their quality of life. The tool or the vehicle to do that is the music.”

Good for You, Phillip Riggs, for being the kind of teacher we all wish we had experienced when we were in school, and for the important life lessons you continue to impart to those students lucky enough to be in your classroom.