GOP candidates warning of an EMP attack. Here’s what it is 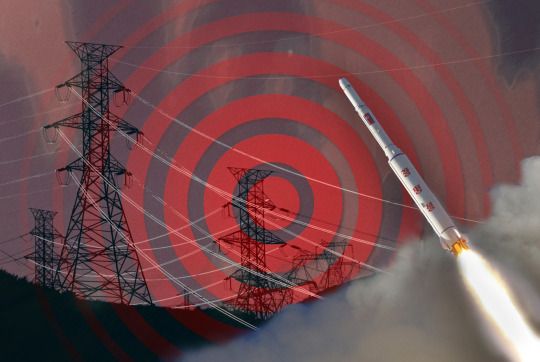 “An EMP is a devastating explosion that sends a pulse that knocks out all electric, everything- everything that is connected to any kind- that is wired, that has a circuit board, gets fried out. Everything is gone. Cars stop. Planes fall out of the sky.”

–Former Sen. Rick Santorums answer to a question about the nation’s infrastructure during a Fox Business Network GOP Primary debate in January

“We have enemies who are obtaining nuclear weapons that they can explode in our exoatmosphere and destroy our electric grid.”

“One of the real risks of this launch [is] North Korea wants to launch a satellite, and one of the greatest risks of the satellite is they would place a nuclear device in the satellite. As it would orbit around the Earth, and as it got over the United States they would detonate that nuclear weapon and set off what’s called an EMP, and electromagnetic pulse which could take down the entire electrical grid on the Eastern seaboard, potentially killing millions.”