At Aetna, a C.E.O.’s Management by Mantra 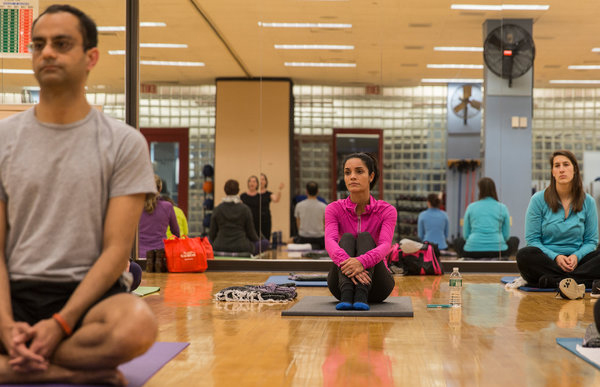 Mark Bertolini may not seem like your typical CEO. After a skiing accident nearly cost him his life, the Aetna Chief Executive decided to make some changes in his health routine that would promote his well-being. He later decided to offer the same healthy options to his employees.

Yoga and meditation classes are now on the corporate menu, and the price is right. So far over 13,000 of Aetna’s 50,000 employees have taken advantage of the free program.

Mr Bertolini told New York Times reporter David Gelles: “We have this groundswell inside the company of people wanting to take the classes. It’s been pretty magical.” And the corporation’s data seems to support his enthusiasm and belief in the program. Some participants are reporting that they’re sleeping better and/or feeling less stressed–and that is translating into higher productivity on the job.

The company is even reporting that their health care costs are averaging about 3% less than before the yoga and meditation was introduced to employees on a voluntary basis. Mr Bertolini also credits other company wellness programs and new health screenings for also making a difference: “It was a culmination of a set of programs that led to a steady decrease in health care costs. I wouldn’t say it’s all just yoga and mindfulness, but they helped.”