9/11’s Second wave: Cancer and other diseases linked to the 2001 attacks are surging 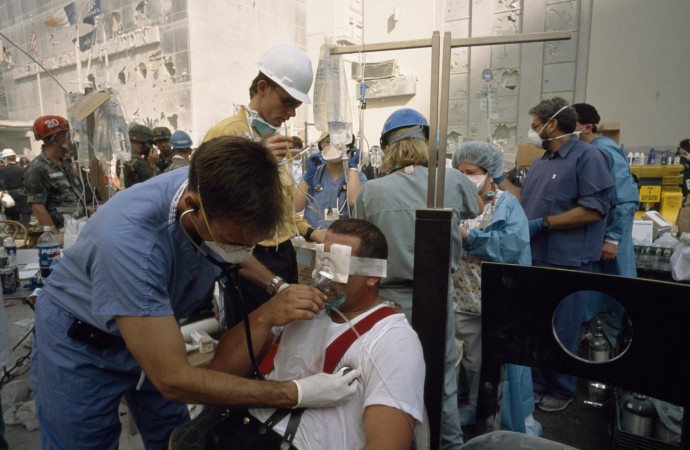 "Today, 15 years after the attacks, doctors are starting to understand why people are still dying. When the towers came down, they say, they released a massive plume of carcinogens, turning lower Manhattan into a cesspool of cancer and deadly disease."

“We will never know the composition of the cloud, because the wind carried it away, but people were breathing and eating it. What we do know is that it had all kinds of god-awful things in it. Burning jet fuel. Plastics, metal, fiberglass, asbestos. It was thick, terrible stuff. A witch’s brew.”

As the National Resources Defense Council of New York acknowledged in a report in the months following the deadly attacks:

“An environmental emergency such as this, with hundreds, if not thousands of toxic components simultaneously discharged into the air on the scale of September llth is unprecedented.”

“Normally with lung exposure, you recover. I found that their lung function did not recover, despite treatment and despite time. I attribute it to the extremely inflammatory nature of the dust found at the World Trade Center site. When you look at (the dust particles) under a microscope, they are very jagged, and they are coated with carcinogens.”

But McGrath Goodman points out that just a week after September llth, the head of the Environmental Protection Agency, Christie Whitman, maintained that the air quality “did not pose a health hazard” and calls that assessment “wrong.” She quotes a 2003 U.S. Inspector General report that found “the EPA did not have sufficient data and analyses to make such a blanket statement.”

Now, on the 15th anniversary, Christie Whitman offered this apology:

“We still feel the pain and loss like it was yesterday, and the thousands of brave men and women who stepped up in our darkest hour are still grappling with the after-effects.”

“Within the next 5 years, we will be at the point where more people have died from World Trace Center related illnesses than died from the immediate impact of the attacks.”