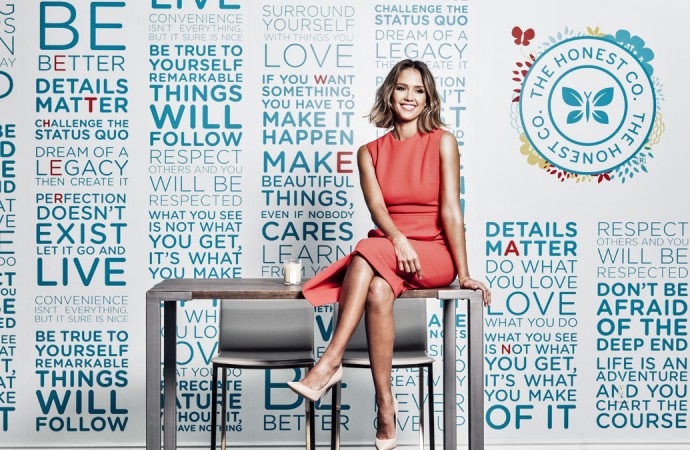 What started out as one mother's quest to find non-toxic cleaning products and diapers has turned into a billion dollar business empire. Of course, it probably helped that the mom was a well-known actress, Jessica Alba, who was determined, passionate and fortunate enough to meet the right business partners to back her in this joint venture.

In a Forbes magazine interview with Clare O.Connor, Alba tells how it all began in 2008 with her baby shower. Afterwards, she washed the onesies she received as gifts in baby detergent. When she later broke out in hives, that brought back childhood memories of dealing with allergies and asthma.

Alba says she began researching the ingredients in detergents and other products: “I was like, ‘How can this be safe for babies, if I’m having this type of reaction?'” She didn’t want her baby to be exposed to formaldehyde, flame retardants, petrochemicals and the like.

The Honest Company began with diapers and branched out to a wide variety of consumer products–120 so far– all guaranteed to be free of chemicals and toxins. It went from an on-line business to selling at stores like Buy-Buy Baby, Nordstrom, Whole Foods and even Target.

Alba has gone to Washington DC to lobby for changes in the 1976 Toxic Substance Control Act. Far more substances are banned in Europe than here in the U.S. As Alba is quoted as saying: “Enough people have to get sick or die from a certain ingredient or chemical before it’s pulled from the marketplace.”

The sci-fi TV series Dark Angel may have launched her acting career, but Alba is also now identified with the continuing role shes played in developing Honest Company into a brand synonymous with safety. With the business currewntly valued at 1 billion dollars, that certainly indicates its been well received and reviewed by consumers.

Good for You, Jessica Alba!