Being Civil At Work Pays Off 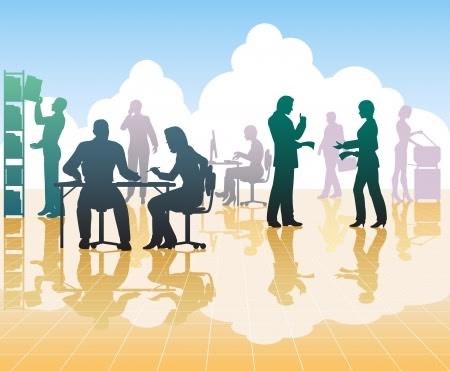 Did you ever work with someone who didn't treat you or others well–who operated under the assumption, "I don't have time to be nice" or "I'll be taken advantage of" or was just plain insensitive to your feelings?

So instead of offering constructive feedback and an empathetic ear that added to your productivity and job satisfaction, he or she ended up contributing to your level of stress. You may have even wondered: “How does a person like this get their job and keep it?”

I thought about that after reading a New York Times Sunday Review opinion column by Christine Porath, an Associate Professor at Georgetown University’s McDonough School of Business, whose spent the past 20 years studying the subject of workplace civility. She clearly states: “How we treat one another at work matters. Insensitive interactions have a way of whittling away at people’s health, performance and souls.”

Porath even writes about her own family’s experience: “Mean bosses could have killed my father.” She believes the stress of two “uncivil bosses” once landed him in the hospital.

In studying workplace incivility, which Porath says has increased over the course of the last few decades, she found that companies end up paying the price: “Employees are less creative when they feel disrespected and may get up and leave. About half deliberately decrease their effort or lower the quality of their work.”

She cites a poll that included 800 employees and managers in 17 different industries which also found that “People are less likely to buy from a company with an employee they perceive as rude, even if the rudeness isn’t directed at them.”

I’ve always believed whoever is in charge sets the tone for a place. If they value people who are not only good at what they do, but have a good heart and treat people with respect, then they’re likely to build a healthy environment in which to work.

Porath gives the positive example of former Campbell Soup CEO, Donny Conant, who regularly sent handwritten thank you notes to employees–over 30,000 during the time he was President & CEO. Imagine how good employees must have felt being on the receiving end.

I remember once dealing with a manager who chose not to hire a woman with wonderful experience and glowing reviews for her ability to deal well with people. Instead, he said he picked someone he thought was young and mold-able, even though she had a reputation for being difficult to work with. Before you knew it, people dealing with her were stressed out. She had talked her way into a job, even though the other candidate appeared better qualified and suited for it.

As Porath points out, “Just one habitually offensive employee critically positioned in your organization can cost you dearly in lost employees, lost customers and lost productivity.”

Consider Cisco, which she describes as an “exemplary workplace.” But at one time, Porath says the company figured that incivility was costing them 12 million dollars a year, until they created their global workplace civility program.

Can you afford not to be nice? It costs so little to be civil and yet you reap such big rewards. It feels good to be on the giving and receiving end. And as Porathnotes, being respectful “doesn’t necessarily require more time.” Share with us your own thoughts and experiences.